Temper tantrums are violent emotional outbursts, usually in response to frustration. Frustration, tiredness, and hunger are the most common causes. Children may scream, cry, thrash, roll on the floor, throw things, and stomp their feet during a tantrum. Temper tantrums range from whining and crying to screaming, kicking, hitting, and holding the breath. They’re equally common in boys and girls and usually happen between the ages of 1 to 3.

Some kids may have tantrums often, and others have them rarely. Tantrums are a normal part of child development. They’re how young children show that they’re upset or frustrated. But tantrums that are either more intense than what may be considered normal or are occurring too frequently and causing a disruption for the family may be a sign that professional help is needed. 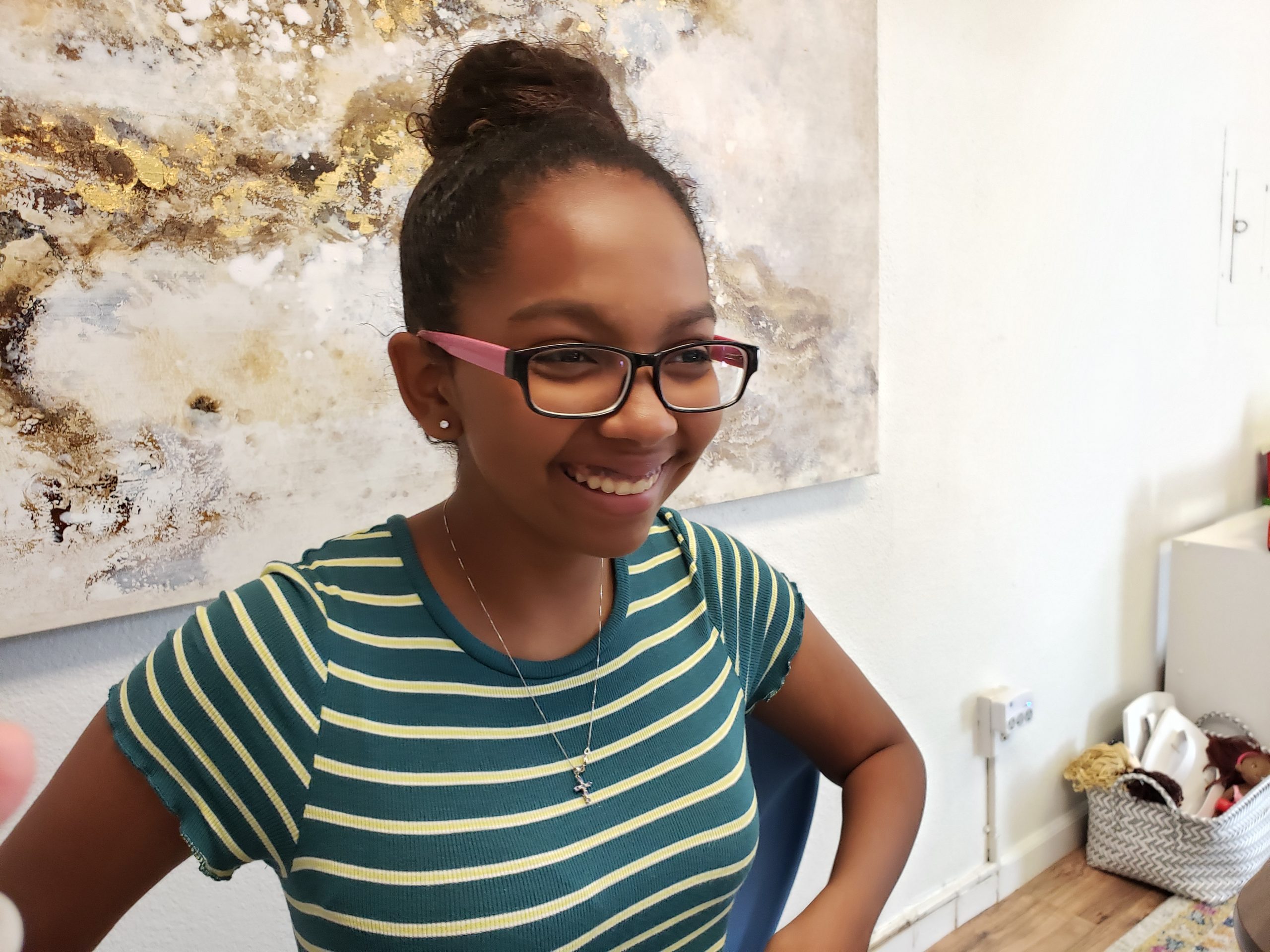 Children seek out the attention of their parents. They might try a positive behavior to get attention or if a parent does not notice and praise the positive behavior, the child might try a negative approach next. If a child is repeating negative behaviors to get noticed it may be a behavior pattern that you as a parent have been reinforcing. This can become a negative tug-of-war with the child, resulting in punishments, cursing, criticisms, angry tone, and a general unhappiness with the child. This pattern can repeat and can come to dominate the relationship which eventually takes a toll on the emotional bond. It can also lead to an increase of non-compliance by the child to the parent’s everyday commands.

Some Facts on Child Disruptive Mood and Behavior

A relatively new disorder, DMDD describes kids who may be chronically irritable and who have frequent explosive, severe temper outbursts that seem out of proportion with the situation. Some of these children may have previously been diagnosed with bipolar, but they do not experience the episodic mania or hypomania characteristics.

Who Does DMDD Affect?

Children with DMDD are at elevated risk for anxiety and depression as adults and “unlike pediatric bipolar disorder, DMDD is thought to occur more often in boys than girls.” Symptoms of DMDD usually start before the age of 10, however a diagnosis is not usually given to children under the age of 6 or teens over 18.

How to Recognize DMDD

Children with DMDD can be characterized by frequent and severe temper outbursts (verbal or behavioral) i.e. three or more times per week that are inconsistent with the situation. Aside from the pattern of outbursts, the key to the disorder is the child’s mood in between these tantrums i.e being consistently irritable or angry for most of the day while at home, with peers and at school. The child must have symptoms steadily for 12 or more months to be diagnosed.

What Are The Risk Factors

Having a family member with a psychiatric condition may increase risk for DMDD. Male children are more likely to present with DMDD. Also, children with DMDD are more likely to experience family conflict, social difficulties, school suspensions, and live in settings of economic stress.

Other Types of Child Disruptive Mood and Behavior

Many children are irritable, upset, or moody from time to time. Occasional temper tantrums are also a normal part of growing up. However, when children are usually irritable or angry or when temper tantrums are frequent, intense, and ongoing, it may be signs of a mood disorder such as DMDD. Disruptive mood dysregulation disorder (DMDD) is a childhood condition of extreme irritability, anger, and frequent, intense temper outbursts. DMDD symptoms go beyond a being a “moody” child—children with DMDD experience severe impairment that requires clinical attention.

Disruptive Mood Dysregulation Disorder (DMDD) is a mental disorder in children and adolescents characterized by a persistently irritable or angry mood and frequent temper outbursts that are disproportionate to the situation and significantly more severe than the typical reaction of same-aged peers.

DMDD symptoms typically begin before the age of 10, but the diagnosis is not given to children under 6 or adolescents over 18. A child with DMDD experiences:

Some of the symptoms associated with DMDD are also present in other child psychiatric disorders, such as depression, bipolar disorder, and oppositional defiant disorder. Some children with DMDD also have a second disorder, such as problems with attention or anxiety. It is important to get a comprehensive evaluation by a trained and qualified mental health professional.

If you think your child has DMDD, it is important to seek treatment. DMDD can impair a child’s quality of life and school performance and disrupt relationships with his or her family and peers. Children with DMDD may find it hard to participate in activities or make friends. Having DMDD also increases the risk of developing depression or anxiety disorders in adulthood.
While researchers are still determining which treatments work best, two major types of treatment are currently used to treat DMDD symptoms:

Oppositional Defiant Disorder (ODD) is a childhood disorder that is defined by a pattern of hostile, disobedient, and defiant behaviors directed at adults or other authority figures. ODD is also characterized by children displaying angry and irritable moods, as well as argumentative and vindictive behaviors.

Left untreated, children and teens who struggle with Oppositional Defiant Disorder may develop additional conduct disorders, may be at increased risk for developing antisocial personality disorder, and are also at risk for depression, substance abuse, and a host of additional unhealthy behaviors.

Professional Therapy with a Client Focus

There are times in life when we can feel off balance and can’t seem to snap out of it. When our own natural support system just isn’t enough, it may be time to reach out to a professional counselor to start the process of therapy. We have created a safe, comfortable and professional environment to discuss the issues in your life. We recognize the importance of a good therapeutic relationship and strive to build a positive rapport. We treat each client with respect and dignity.

Your child isn’t likely to see his or her behavior as a problem. Instead, he or she will probably complain about unreasonable demands or blame others for problems. If your child shows signs that may indicate ODD or other disruptive behavior, or you’re concerned about your ability to parent a challenging child, seek help from a Mental Health Provider with expertise in disruptive behavior problems.

Our mission is to improve the quality of lives for individuals with behavioral and emotional challenges by providing exceptional mental health services using the most up-to-date, evidence-based practices helping our clients to become more active and productive members of the community.
Victoria Carrera

Why choose a therapist at Abalance Client-Centered Counseling?

We have a team of professionals that are continually sharpening their skills as mental health providers and attend regular training from the Clinical Director. Having a competent and knowledgeable therapist is only part of it.

We are also a group of caring and compassionate people that strive to make your time with us a safe, comfortable and rewarding experience.

Are You Accepting New Clients?

Yes, Abalance Client-Centered Counseling is accepting new clients in all three (3) of our Central Valley locations in Modesto, Merced, and Turlock California.

Do I Need a Referral?

No. You can contact us directly and we will get your insurance eligibility established and schedule your first appointment. Your Health Plan may require an additional call to get a registration number after you have already established as a client in our office. We have a team here to help guide you through these things if you need assistance.

Do You Accept Insurance?

Yes, we currently accept HPSJ and CCAH MediCal Insurances only. For other insurances, we provide an out-of-network option for you to bill your insurance and get reimbursed for up to 80% of your therapy costs in our offices.

Do You Treat Substance Abuse?

No, we treat mild/moderate symptoms for a variety of issues, but not alcohol and drug issues. If you have an addiction or are seeking sobriety, we refer out to a professional that treats substance abuse.

What If I Can’t Attend Weekly Sessions?

Weekly sessions are the best care option for mental health outcomes, but we also provide an every other week option, or Teletherapy if you have a hectic schedule.

We can see clients as young as 2 years old. A session is a once a week appointment lasting 50 minutes.

If I Have HPSJ or CCAH Can I Get a Ride to My Appointments in Your Offices?

Yes. Our staff can get you in touch with the transportation coordinator from your Health Plan to arrange necessary transportation to-and-from the therapy office.

The Best Thing In Play Therapy

We have advanced training in play therapy and utilize several treatment options to best fit the needs of our youngest clients. We have specially designed Play Therapy Rooms at each office, dedicated to enriching the therapy experience and reaching our goals.

Abalance Client-Centered Counseling is dedicated to providing effective mental health counseling to our community in the Central Valley.

We have over 15 years of clinical experience to provide the most effective treatment options. Our team of therapists have specialized training in Dialectical Behavior Therapy (DBT), Cognitive Behavioral Therapy (CBT), and Play Therapy.

We recognize the importance of a good therapeutic relationship and strive to build a positive rapport with each client. And we treat each client with respect and dignity.

You will learn skills of mindfulness and how to balance thoughts and feelings; and begin to build insight into your issues and have a plan to reinforce your goals.

Teletherapy is provided by using long-distance technologies so that clients and therapists do not have to be in the same place at the same time.

Transportation is provided by your Health Plan. If you have problems with getting to your appointments, we are able to help arrange a ride. 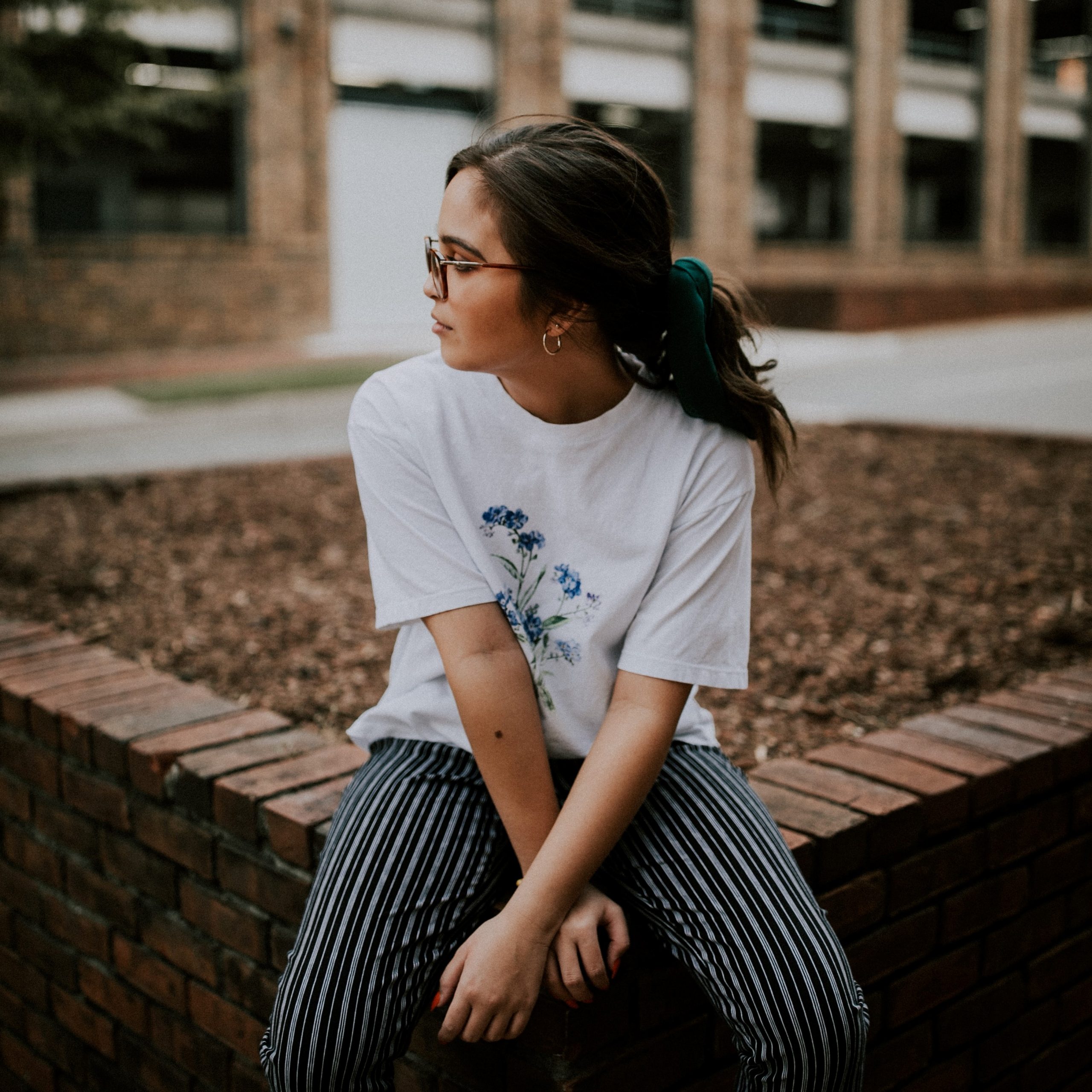 Hopelessness can have a significant influence on daily life, as it may reflect an individual’s negative view of the future. Hopelessness can often lead to a person losing interest in important activities, events, or people. Someone who has become hopeless may no longer value things that were once important and may have no expectation of future improvement or success.   People 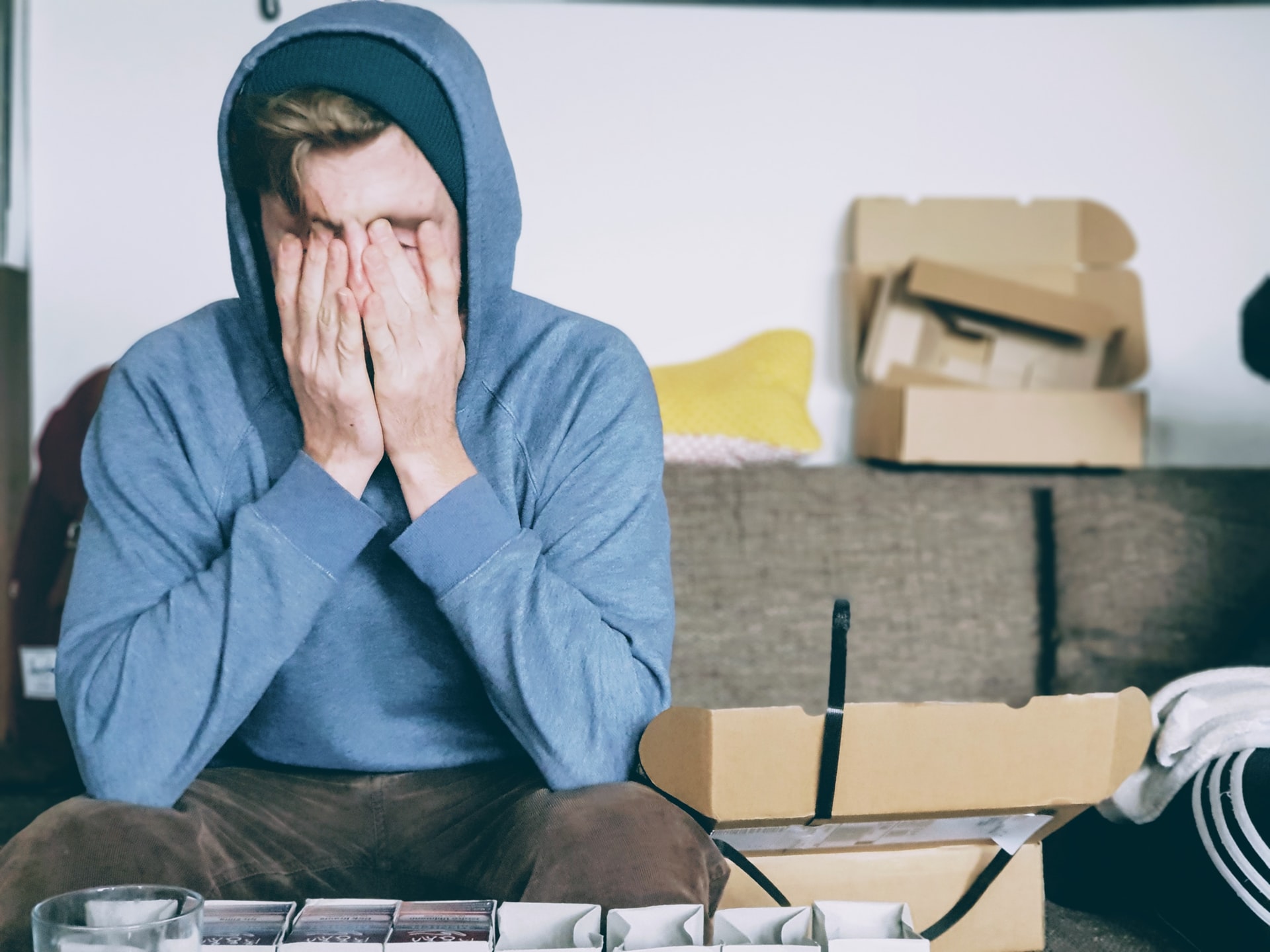 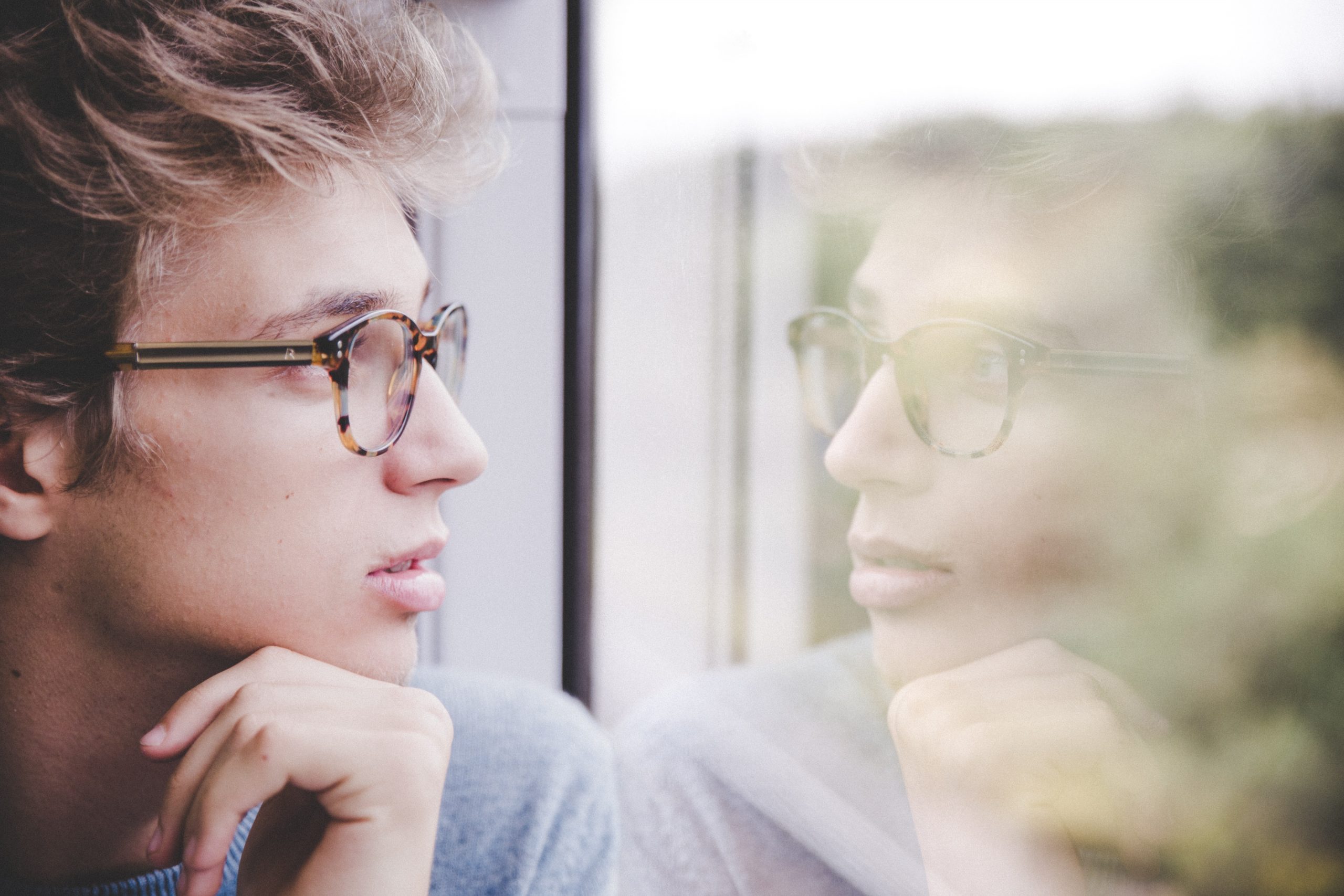 Radical Acceptance is the acceptance of life, on life’s terms. While pain is part of life, radical acceptance allows us to keep that pain from becoming suffering. It is about accepting the facts of reality, no matter how painful, without avoidance, overthinking, or dangerous behaviors. When a person does not accept the realities of life